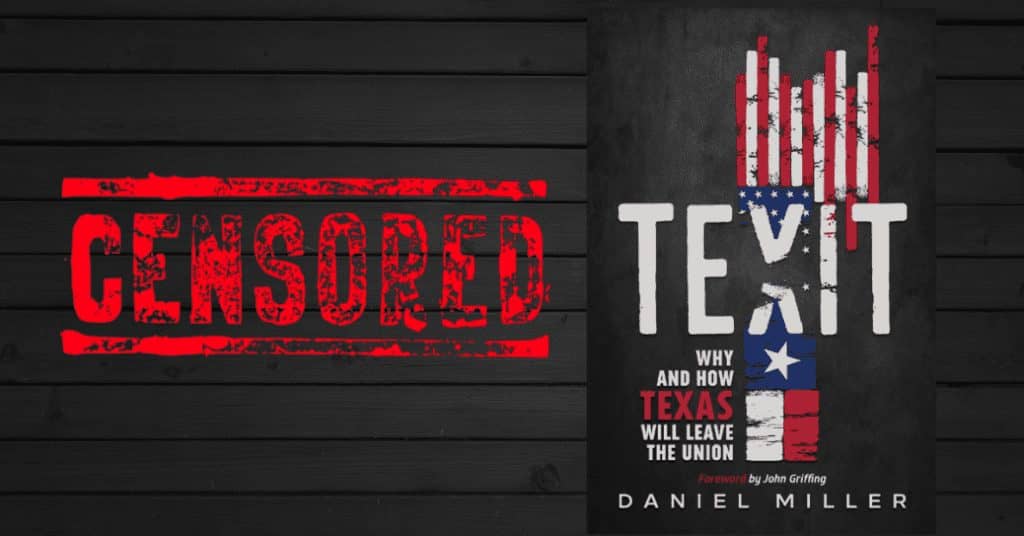 Amazon has been caught in the act of trying to kill the book TEXIT: Why and How Texas Will Leave The Union.

After repeatedly reaching #1 in three different categories on Amazon, the largest book retailer in the world has taken the unprecedented action of restricting sales of the TEXIT book to Prime Members only and has placed a cap of 4 copies per customer. In addition, Amazon has dropped the price below wholesale cost.

David Thomas Roberts, CEO of Defiance Press, highlighted the unusual nature of Amazon’s actions.“The distributor of all of our books has said that in all of their years of dealing with Amazon, they have never seen anything like this.”

Roberts noted that the distributor, who has thousands of titles placed with Amazon, tried unsuccessfully for three weeks to get answers from Amazon on their rationale for these moves. Citing repeated silence and conflicting answers, they have come to the conclusion that Amazon’s motives seem purely politically-motivated.

In short, the opposition can’t fight the pro-Texit arguments head on, so they are using Amazon to minimize exposure to the information contained in the TEXIT book.

While the book is still available through other retail outlets for now, at a recent book release event for another of Defiance Press’s titles, Roberts laid out what they believe is the dangerous methodology for Amazon’s actions.

“Amazon is the ‘bell cow’. All other retail outlets structure their pricing in response to Amazon. So if Amazon drops the price below wholesale, all other outlets will be forced to drop their prices to at-or-near cost. If other retail outlets can’t make money off of a title, they won’t reorder which effectively kills the book in the long-term.”

This is nothing short of a play on the part of the world’s largest book retailer to ban a book without having to actually remove the book.

Defiance Press and the distributor are working together to bring public attention to this situation and have vowed to fight until the situation is remedied. In the meantime, Defiance Press is encouraging supporters of TEXIT to take action.

“The first thing that supporters can do is head over to Amazon.com and leave a 5-star review for TEXIT. That helps us further prove the case that there is no rational business reason for their actions and that this is purely political. For those who haven’t ordered the book, now is the time to do it. Success is the best way to fight this new brand of shadowbanning.”

In response to Amazon’s actions, TEXIT: Why and How Texas Will Leave The Union is now available for a substantially discounted price on TNM.ME with an even deeper discount for members of the TNM.

We have just received word from the publisher of the TEXIT book that Amazon has now removed the restriction requiring a customer to be a Prime Member to purchase the book. However, there is still a 4 book cap per customer on purchases and the price manipulation is still in place. While Amazon may be throwing TEXIT supporters a bone due to the TNM’s public pressure campaign, they still haven’t given up on their tactic of killing the book in the long-term. The publisher is promising further action to combat this “soft censorship” from Amazon on the TEXIT book.

We’ve received an update from the publisher of the TEXIT book that Amazon has lifted the 4 book cap per customer restriction. This was on the heels of more public pressure from the TNM, its supporters, and Defiance Press. Amazon must answer for its attempt at soft censorship. We will continue to update as more information becomes available. 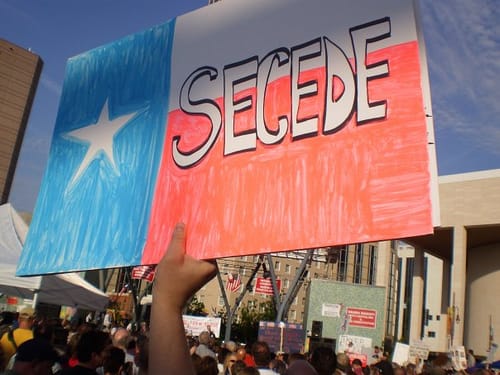