TEXIT: The Truth About The Federal Response To Texas Leaving The Union 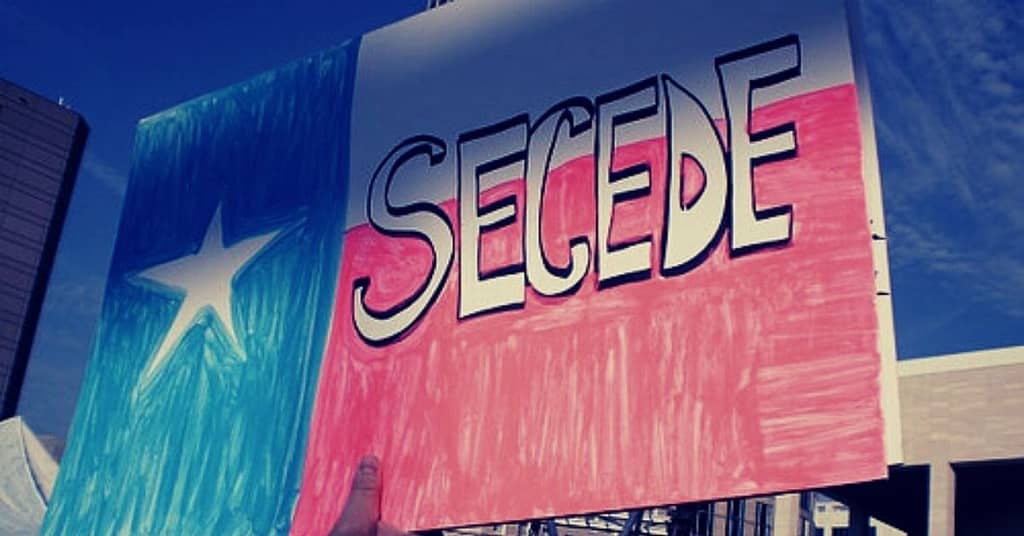 There is little doubt that the federal government and its supporters will spend enormous sums of money lobbying against giving Texans even a vote on independence. When it reaches the ballot, they will spend even more in an actual campaign trying to persuade Texans that Texit will bring certain calamity. If they fail in that, what recourse do they have?

When all arguments fail, the fallback is the threat of creating a sequel to the American Civil War―Civil War 2: America Harder. It is interesting to note that, in recent years, as the federal government has had to comment on the issue of Texit, no elected official has ever made this threat. The Obama White House, in its official response to the 2012 Texit petition, never threatened the use of force to keep Texas in the Union. While they did invoke the Civil War, it was done as a gateway to invoking the Supreme Court decision in Texas v. White. In fact, when Donald Trump was asked about Texit in 2016, he declared that Texas’ love for him would keep us in.

There Is No Military Option

“If Texas leaves, the federal government will empty out Fort Hood, arrest the Texas government, and shoot everyone who voted for independence.”

Don’t laugh. Some form of that statement has been sincerely offered by many of those opposed to Texit. Most publicly, it was uttered in a debate by a member of the Texas State Republican Executive Committee while speaking in opposition to placing a non-binding Texit question on the primary ballot. This came from a man whose party reveres President Ronald Reagan for his call to the Soviet Union to respect the right of self-determination for the countries behind the Iron Curtain. “Mister Gorbachev, tear down that wall.”

Often, though, those who tender this argument are the same crowd that wants to reshape U.S. domestic policy to look more like Europe. However, in modern-day Europe, there is not a single example to show Europe has a thirst to use military power to override self-determination on the continent. There are no examples of the British threatening to use force to keep Scotland in the U.K. ahead of Scotland’s 2014 independence referendum and there has been no mobilization of troops on the European continent preparing to invade Britain in the wake of the Brexit vote. Indeed, those who are quickest to jump to the conclusion that Texit would invite a military invasion by the federal government are some of the harshest critics of U.S. military interventions around the world.

When we hear this excuse from non-Texans, it is delivered with a harshness that betrays a deep-seated desire to simply wipe Texas off the map. When it’s heard from Texans, it’s with a meekness more befitting to Moses Rose, the only man who, according to legend, fled the Alamo, than to the heroes of the Texas Revolution. In either instance, it is another fantastical scenario used to avoid serious discussion and debate on the merits of independence, a debate these Texans feel sure they will lose.

TEXIT In The Age of Self Determination

One cannot reasonably assume that the policy of the federal government from the mid-19th century would be the policy of the federal government two decades into the 21st. There is no current federal policy regarding a State leaving the Union. However, there is current federal policy regarding states and territories leaving currently established political and economic institutions. Those policies involve neutrality or the use of military action in support of self-determination.

Imagine the scenario. Fifteen million Texans have gone to the polls and voted in a free, fair, and open referendum, conducted under the laws of the State of Texas, and have chosen, by a majority vote, to leave the Union and assert Texas’ status as a free and independent self-governing nation-state. Historically, around the world, voter turnout for independence referenda is 85 to 90 percent. Taking the low end, that would mean that 12.75 million Texans would cast their vote in the referendum. Figuring the lowest possible threshold for an independence victory, approximately 6.4 million Texans would vote in favor of independence.

If the federal government opts for a military solution, how would it handle the 6.4 million Texans who voted in favor of independence? Prison? Extermination? What would the justification be for any actions taken against Texans whose sole crime was voting for self-determination in a fair, free, and open referendum? When exactly would this military intervention occur? Would they do it before a vote on Texit to prevent the people having their say? Would they wait until after the results of the vote were tallied and the results announced in favor of independence? Or would they wait until after Texas began the process of extracting itself from the federal system and began asserting its role as a nation among nations?

Military Intervention To Stop TEXIT Would Guarantee Its Success

Under close scrutiny, it becomes apparent that the federal government will not move to stop Texit once it’s been decided by the people of Texas and they most certainly won’t use the military. It’s just too impractical.

First, there would be little to no public support for military action against Texans who voted to leave the Union. A 2011 IBOPE Zogby poll found that 43 percent of respondents believed that States had justification for leaving the Union. For those who consider themselves conservatives, that number jumps to 65 percent. Military action against Texas, in the absence of some morally reprehensible act, would require a strong consensus from the remaining States and the people in those States. The strong liberal States would likely fall on the side of letting Texas go. The strong conservative States would be split on the issue but would largely be supportive of the basic principle of self-government. With numbers like these, a consensus seems implausible.

The use of military force would bring a swift condemnation from the international community and would damage international relations for years to come. Some countries would likely impose economic sanctions on the United States until the civilian government of Texas was restored and the results of the independence vote respected. It would also cause a tectonic shift in international policy related to the support of democratic institutions, essentially delegitimizing any efforts made by the United States past, present, and future.

You would have to believe that troops would obey an order to fire on millions of Texas civilians and their leaders whose only crime was invoking their right of self-government. With approximately 170,000 Texans serving in the United States armed forces, it would be difficult to get compliance. The ultimate irony is that any Texan in the United States military who took up arms against the lawfully elected government of Texas or its citizens would be guilty of treason under Article 1 Section 22 of the Texas Constitution.

A 2009 poll from the aforementioned  Zogby showed a large number of military personnel and their families believed that States had an absolute right to leave the Union. As published in Forbes, “42% of members of the armed forces and 41% of people who have a family member active in the armed forces agree secession is a right…” The fact that 42 percent view it as a right carries weight. It means they view it as a fundamental freedom, like the freedom of speech or the freedom of religion. Just as it is unlikely that the military would act against those rights when exercised by the civilian population, it is equally unlikely that they would act against Texit.

The most likely scenario, if an order of this nature was given, would be outright disobedience from the highest levels of the military all the way down to the enlisted ranks by at least 42 percent of the military, if not all. If some component of the military followed through on the order, it would likely trigger a domino effect where other States, outraged by the disregard for the political will of the people of Texas, would skip to the end of the process and unilaterally declare independence. Texas might be the first to leave but, if the federal government used the military to suppress the result, it certainly would not be the last.

Federal Overreaction To TEXIT Would Crash The Economy

Although the lack of public support and impracticality of military action are significant factors, the real reason the federal government won’t stop Texas from leaving the Union is one of the biggest drivers of federal policy―economics.

Economies hate disruption. Texit would no doubt be disruptive, but it comes down to what is more disruptive. Ordering military intervention would be economically disruptive and would create shockwaves throughout the U.S. and global economies. Carrying out any type of military intervention would be even worse. The best course of action for the United States would be to mitigate disruption in the most practical way it can―at the negotiating table. It is the most practical choice open to the federal government in dealing with a successful Texit vote.

To illustrate the oversized role that practicality plays in this arena, one only needs to look at the statements from the federal government on Brexit. In his now infamous visit to the U.K., President Obama told the British people that, if they voted to leave the European Union, the United States would place the U.K. at the “back of the queue” in negotiating a trade deal. The British people voted to leave the European Union anyway. Now the federal government is currently at the table with the U.K. laying the groundwork for a trade deal. When faced with the choice of irrationally shunning the world’s fifth largest economy, with a GDP only $1 trillion greater than Texas or rationally executing a trade deal, the federal government chose the practical route.

It is far easier to negotiate a free trade agreement with a Texas that’s on its way out the door than it is to militarily occupy its capital in Austin. It is easier to negotiate a currency union with Texas than it is to deal with the possibility of massive insubordination in your military. With a negotiated separation, the federal government has the opportunity to show that it believes in the principles that it has espoused around the world for the last 70 years. It is better to keep goods and services flowing than to have them come to a dead stop.

Forced integration into the Union at the point of a gun invites international condemnation and the loss of credibility on the international stage for the next 70 years. Additionally, it virtually guarantees that other States will move to exit and the bulk of the military would follow them. 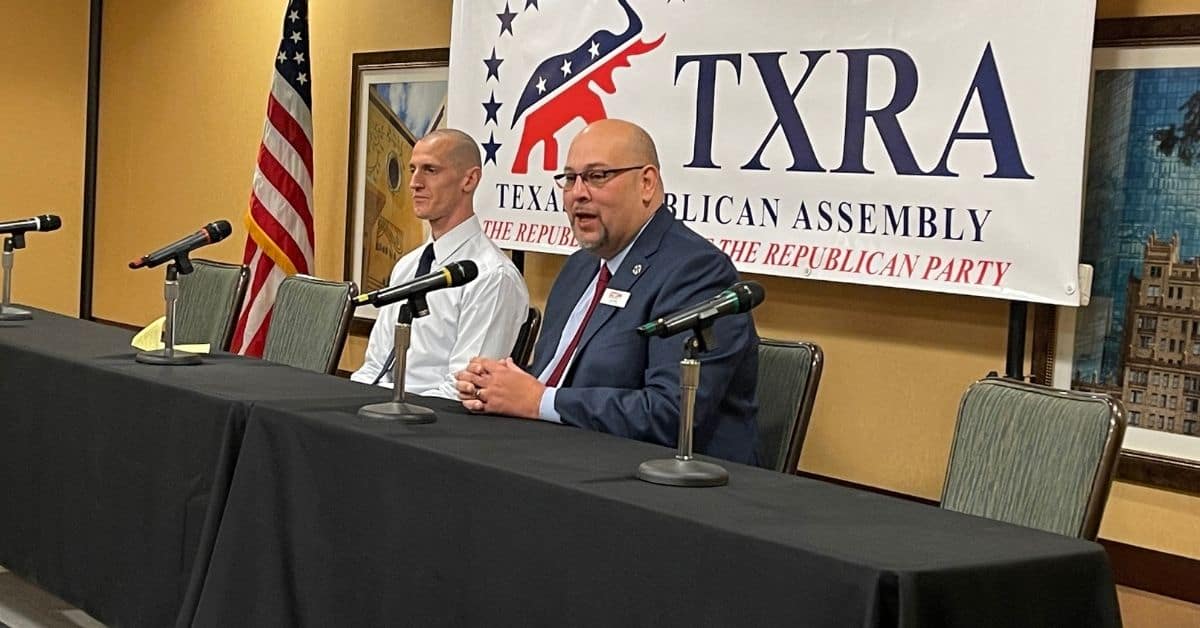