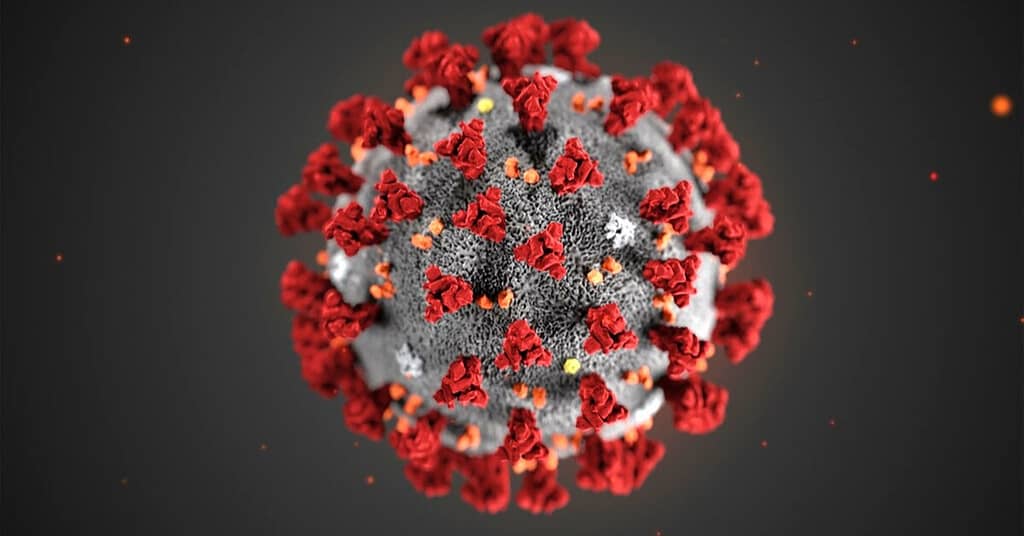 The report that sent world leaders and governments into a near-panic over COVID-19 is now accessible to the public. It’s not pretty.

Without arguing the conclusions or modeling contained in the report, it gives important insight into why governments around the world shifted from a “wait-and-see” strategy to a footing usually reserved for war.

Here is a link to the report: https://www.imperial.ac.uk/media/imperial-college/medicine/sph/ide/gida-fellowships/Imperial-College-COVID19-NPI-modelling-16-03-2020.pdf

Jeremy Young, the Director of the Dixie State University Institute of Politics, provided an accessible analysis of the report. I do not agree nor do I disagree with his analysis. However, it does present one perspective on the contents of the report. With the report now being widely available, there will likely be dozens, if not hundreds, of other takes on its contents. Below is the complete text of his analysis.

We can now read the report on COVID-19 that so terrified every public health manager and head of state from Boris Johnson to Donald Trump to the dictator of El Salvador that they ordered people to stay in their houses. I read it yesterday afternoon and haven’t been the same since. I urge everyone to read it, but maybe have a drink first, or have your family around you. It is absolutely terrifying. The New York TImes confirms that the CDC and global leaders are treating it as factual.

The COVID-19 response team at Imperial College in London obtained what appears to be the first accurate dataset of infection and death rates from China, Korea, and Italy. They plugged those numbers into widely available epidemic modeling software and ran a simulation: what would happen if the United States did absolutely nothing — if we treated COVID-19 like the flu, went about business as usual, and let the virus take its course?

How many people is 4 million Americans? It’s more Americans than have died all at once from anything, ever. It’s the population of Los Angeles. It’s four times the number of Americans who died in the Civil War…on both sides combined. It’s two-thirds as many people as died in the Holocaust.

Americans make up 4.4% of the world’s population. So if we simply extrapolate these numbers to the rest of the world — now we’re getting into really fuzzy estimates, so the margin of error is pretty great here — this gives us 90 million deaths globally from COVID-19. That’s 15 Holocausts. That’s 1.5 times as many people as died in World War II, over 12 years. This would take 3-6 months.

Now, it’s unrealistic to assume that countries wouldn’t do ANYTHING to fight the virus once people started dying. So the Imperial College team ran the numbers again, this time assuming a “mitigation” strategy. A mitigation strategy is pretty much what common sense would tell us to do: America places all symptomatic cases of the disease in isolation. It quarantines their families for 14 days. It orders all Americans over 70 to practice social distancing. This is what you’ve seen a lot of people talking about when they say we should “flatten the curve”: try to slow the spread of the disease to the people most likely to die from it, to avoid overwhelming hospitals.

And it does flatten the curve — but not nearly enough. The death rate from the disease is cut in half, but it still kills 1.1 million Americans all by itself. The peak need for ventilators falls by two-thirds, but it still exceeds the number of ventilators in the US by eight times, meaning most people who need ventilators still don’t get them. That leaves the actual death toll in the US at right around 2 million deaths. The population of Houston. Two civil wars. One-third of the Holocaust. Globally, 45 million people die: 7.5 Holocausts, 3/4 of World War II. That’s what happens if we use common sense: the worst death toll from a single cause since the Middle Ages.

Finally, the Imperial College team ran the numbers a third time, this time assuming a “suppression” strategy. In addition to isolating symptomatic cases and quarantining their family members, they also simulated social distancing for the entire population. All public gatherings and most workplaces shut down. Schools and universities close. (Note that these simulations assumed a realistic rate of adherence to these requirements, around 70-75% adherence, not that everyone follows them perfectly.) This is basically what we are seeing happen in the United States today.

This time it works! The death rate in the US peaks three weeks from now at a few thousand deaths, then goes down. We hit, but don’t exceed (at least not by very much), the number of available ventilators. The nightmarish death tolls from the rest of the study disappear; COVID-19 goes down in the books as a bad flu instead of the Black Death.

But here’s the catch: if we EVER relax these requirements before a vaccine is administered to the entire population, COVID-19 comes right back and kills millions of Americans in a few months, the same as before. The simulation does indicate that, after the first suppression period (lasting from now until July), we could probably lift restrictions for a month, followed by two more months of suppression, in a repeating pattern without triggering an outbreak or overwhelming the ventilator supply. If we staggered these suppression breaks based on local conditions, we might be able to do a bit better. But we simply cannot ever allow the virus to spread throughout the entire population in the way other viruses do, because it is just too deadly. If lots of people we know end up getting COVID-19, it means millions of Americans are dying. It simply can’t be allowed to happen.

How quickly will a vaccine be here? Already, medical ethics have been pushed to the limit to deliver one. COVID-19 was first discovered a few months ago. Last week, three separate research teams announced they had developed vaccines. Yesterday, one of them (with FDA approval) injected its vaccine into a live person, without waiting for animal testing. Now, though, they have to monitor the test subject for fourteen months to make sure the vaccine is safe. This is the part of the testing that can’t be rushed: the plan is to inoculate the entire human population, so if the vaccine itself turned out to be lethal for some reason, it could potentially kill all humans, which is a lot worse than 90 million deaths. Assuming the vaccine is safe and effective, it will still take several months to produce enough to inoculate the global population. For this reason, the Imperial College team estimated it will be about 18 months until the vaccine is available.

During those 18 months, things are going to be very difficult and very scary. Our economy and our society will be disrupted in profound ways. Worst of all, if the suppression policies actually work, it will feel like we are doing all this for nothing, because the infection and death rates will be very low. It’s easy to get people to come together in common sacrifice in the middle of a war. It’s very hard to get them to do so in a pandemic that looks invisible precisely because suppression methods are working. But that’s exactly what we’re going to have to do.