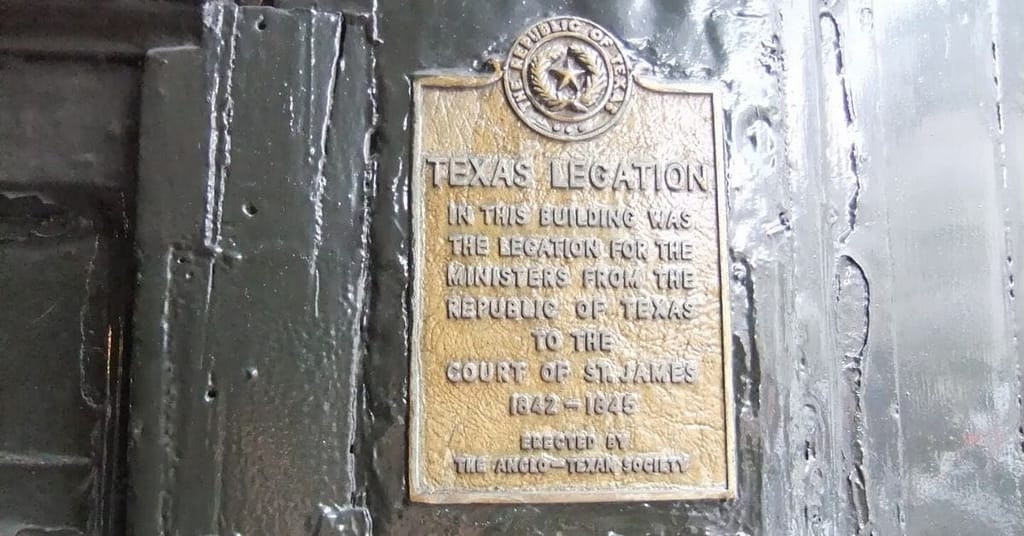 The pundits and pollsters are already at work dissecting what the recent UK General Election could mean for “Americans”. What they aren’t telling you is why it’s great news for Texans who support Texit.

Brexit Is Going To Happen. Texit Can, Too.

Contrary to those naysayers whose doubt only served to feed the entrenched political class’s desire to destroy the right of self-government, the UK is now on a trajectory that will take it out of the European Union.

Anti-Brexit forces are no longer in a position to discard the will of the people. This election has served as a second referendum on the issue and the people have spoken. They want Brexit done and it took a political bloodbath at the ballot box to make it happen.

Since the Brexit referendum over three years ago, the skeptics love to forward along every piece of bad Brexit news to the TNM. They delighted in every slow down and obstacle that was thrown in the way of honoring the result of the referendum. Every call, email, social media post related to the Brexit situation came with an often unspoken or unwritten addendum – “What make you think Texas can do any better?”

The day belongs to the ones who never quit and never give up. No matter how complicated or difficult the situation becomes, there is always one more thing to try. The British voters who voted for Brexit got frustrated and angry, but they never threw in the towel.

One thing about Texit opponents is that they are thoroughly consistent in their lack of consistency.

About The Brexit Party

When the Brexit Party started from scratch earlier this year and, within weeks, stormed to victory in the European elections, we were inundated with suggestions that the TNM should become a political party. In fact, we received more than a fair amount of criticism for refusing to do so. If our rationale didn’t persuade our critics of just how right we were, these election results should do the trick.

Seeing the Brexit Party’s victory in the European elections and saying that we should do exactly the same thing they did, is like seeing jockey win the Kentucky Derby riding a horse and suggesting that we mount a hog and enter the Indy 500. Different races and different vehicles.

The contrast was stark in this General Election. Unlike the proportional representation system that Members of the European Parliament are elected under, the UK uses a first-past-the-post system. While you may not be familiar with the term, you are familiar with the concept. It’s how general elections are conducted everywhere in Texas. While the Brexit Party sent the most members to the EuroParl under the system of proportional representation, they won no seats in the UK Parliament in this election.

While the Brexit Party saw great poll numbers throughout the campaign, they hemorrhaged votes to the Conservative Party who effectively hijacked the issue of Brexit and were seen as the only guarantee against the potential of a socialist government under Labour’s Jeremy Corbyn.

The lessons in all of this for pro-Texit Texas are clear. First, we can never attempt to run someone else’s playbook from a totally different game. While there may be lessons that we can learn, there are few direct analogs to what we are doing here in Texas or how we need to do it.

Next, getting the vote, winning the vote, and securing independence are completely different parts of the overall process of regaining independence. It has been over 3 years since the British people voted to leave the European Union and they are still not out. You have to fight it all the way to the end.

Finally, Texit supporters needs to be absolutely sure that they are voting for and working for pro-Texit candidates at every single election. No exceptions. The UK/Brexit mess is rooted in the fact that the British people voted to leave but also left an entrenched anti-Brexit political class in a position to sabotage the process. You have to treat every election like it’s the one that will either sink independence or make it a reality.

The Scottish National Party has been signaling their intention to hold another independence referendum. At this point, it will almost certainly happen. This is exactly as the TNM predicted after the defeat of the first referendum.

While the electoral victories of the SNP practically drove every other party out of Scotland, the success of the SNP is not a guarantee of success for an independence referendum.

After the drubbing that YES Scotland took in the last one, Scotland may approach this referendum with a new strategy and new defenses against Project: Fear, but the SNP has yet to resolve the inconsistencies in their independence pitch to the Scottish people. On one hand, the SNP preaches a message of independence and self-government. On the other, they make no secret of their desire to leave the United Kingdom and rejoin the European Union post-Brexit.

Without a doubt, it is the right of the Scottish people to reclaim their right of self-government and hand it off if they so choose. The question is whether or not a majority of Scots will accept independence in a second referendum if they believe that it will be immediately surrendered.

Just like tying independence to policies of the SNP government was a recipe for defeat in the first referendum, tying the second referendum to hitching their wagons to the European Union could also lead to defeat. If the SNP botches this, they will not get a third bite at the apple anytime soon.

Pro-Texit Texans need to pay very close attention to what is happening in Scotland and understand that reclaiming self-government can be the only goal. It cannot be a stepping stone to another entangling political and economic union. If you think this is far-fetched, there are some marginal voices in this debate that are suggesting that a post-independence Texas should form a new union with other states that choose to leave the union.

It is the long-standing policy of the TNM, embodied in our mission, that Texas should always be politically, culturally, and economically independent. Winning our independence and staying independent are inconsistent with ceding our self-government to another group of people that we didn’t elect, forcing policies on us that we don’t want.

The Collapse of UKIP

The UK Independence Party was the standard bearer for Brexit. If it had not been for UKIP, there would have never been a Brexit referendum. However, immediately after the vote, Nigel Farage resigned as the party’s leader and the cracks that he has worked so hard to keep together erupted into full-blown chasms.

After a seemingly revolving door of post-Nigel leaders, UKIP finally settled on Gerard Batten. Although Brexit was still not done and the pro-Brexit majority in the UK were furious, Batten chose to take UKIP in a different direction and focus its efforts on the growth of Islamic immigration to the UK. The party that has once been the standard bearers for UK’s independence from the EU had seemingly walked off of the battlefield in the middle of the fight to go start another.

There is a certain wisdom in being multi-faceted and having policy depth. It’s why the TNM’s mission is holistic and comprehensive. However, UKIP abandoned their post at the time of greatest need for their primary purpose. This fact was not lost on the electorate. In the General Election prior to the Brexit referendum, UKIP received the third-highest number of votes. In this election, they received 22,817 across the whole of the UK.

The lesson for TNM supporters is clear. If an issue doesn’t directly emanate from our mission, it has to be dead to us. UKIP allowed itself to be hijacked by people who refused to keep independence front-and-center. They paid a wicked price. R.I.P. UKIP.

To say that this election has been divisive is an understatement. There are issues related to self-determination from this election that aren’t even touched on in this article. For example, nationalist MPs now outnumber unionist MPs in Northern Ireland since the partition. There is a provision the Good Friday Accords that forces a referendum on Irish reunification when it is evident that a majority in Northern Ireland would be in favor. Also, how will a resurgence of nationalism in Scotland and Northern Ireland affect nationalist sentiment in Wales? Will we soon see an independence referendum there, too? Will the UK’s now-emphatic embrace of Brexit embolden other Eurosceptics and lead to other “exit” referenda across the continent?

It would be wise for all TNM supporters to pay special attention to the fights for self-determination and self-government taking place across Europe right now. It can help us avoid pitfalls in our own fight here in Texas. More importantly, it should serve to inspire us as Texans to make a greater personal commitment to win Texas independence. 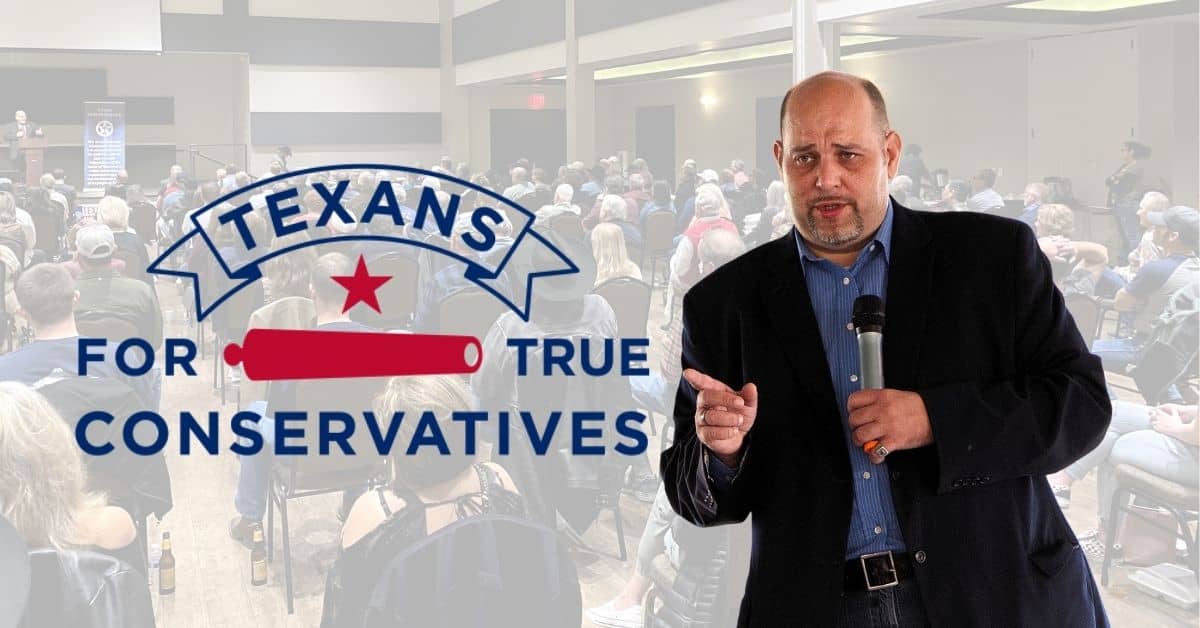 I’m Officially A Republican Candidate For Lieutenant Governor of Texas